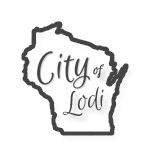 Early History
Lodi was incorporated as a city on November 6, 1941. The city embraces its historic past as is evidenced by the historic buildings on Main Street and many beautiful vintage homes throughout the city.

The first white settlers moved into the Lodi Valley from Illinois in 1844 and a Post Office and ferry services across the Wisconsin River were established in 1847. Businesses developed in Lodi and by 1867 the area boasted a general store, a hotel, a blacksmith, a shoemaker, a flouring mill, a framed school building, Lodi’s first newspaper, The Lodi Flag, and a Baptist church.

The Village of Lodi was incorporated in 1872 and in 1900 had a population of over 1,000. Telephone services, street lights, and municipal waterworks became available. In 1915, Lodi’s first City Hall was built at 113 S. Main Street.

Recent History
In 2000, the Portage Street and Lodi-Prairie Street Historic Districts were placed on the State and National Register of Historic Places.

Carl Christopher Menes was born in Norway in February 1870. He immigrated to the U.S, in 1886 and built his first home in Lodi in 1894. In total, Menes designed and/or built more than 20 houses and buildings in Lodi.